Tell us about your kickstarters!
Post Reply
2 posts • Page 1 of 1

My first, but definitely not my last Kickstarter.

It's literally taken over 35 years since my brother first drew a character called Moses Valentine to where we are today!

As some of you may know, over the last 5 years, myself, and 2000ad forum members Chris Denton (writer), Darren Stephens (colours) and Bolt-01 (lettering), with editorial help from Richmond Clements have produced the award nominated comic called Killing Moon.

We've brought all 4 issues together as a 116 page graphic novel which will include a new 4 page prequel story and the reprinting of Marks original two episodes and other artwork which haven't seen the light of day since 1985!

The project was funded within the first two hours, which was amazing. 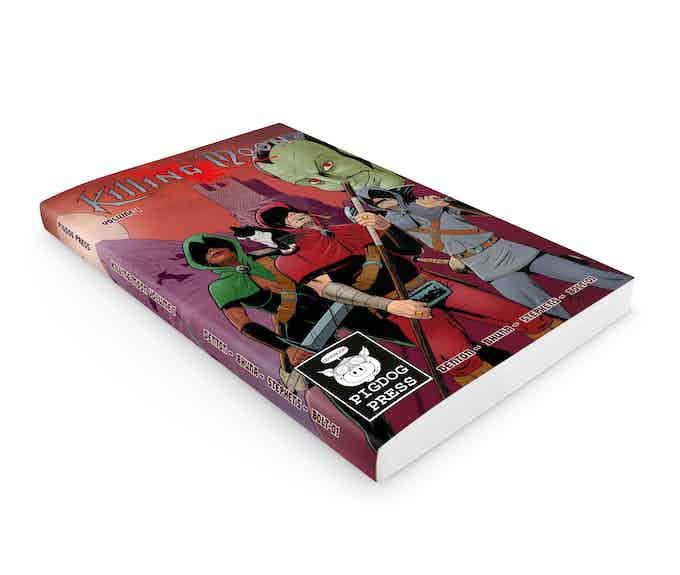 Great story. It was funded before I got there and I wasn't sloppy...

No idea why I've never done a review. Weird given that I've been reading since the start. Not once... I've Tweeted...

What a terrible person I am!!!

I better review my copy when it comes.
https://judgetutorsemple.wordpress.com
https://twitter.com/chiropterarex?lang=en-gb
Top
Post Reply
2 posts • Page 1 of 1